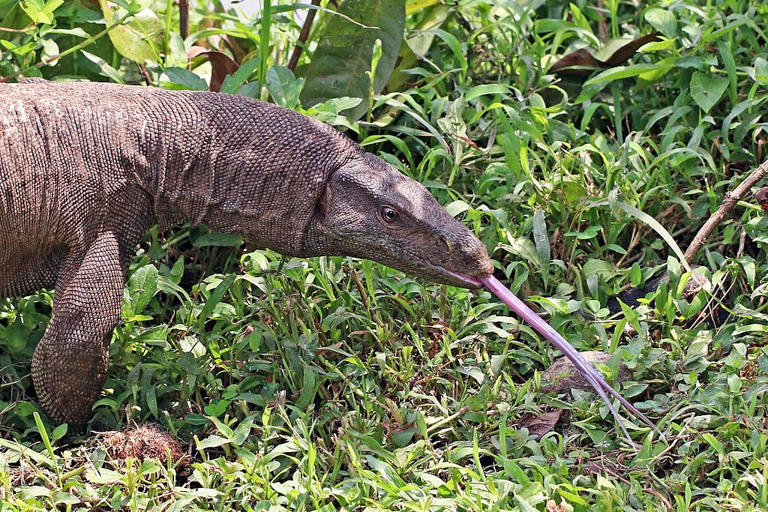 Fines and the threat of disease could dissuade consumers from buying bushmeat, according to recent surveys of markets where wildlife species are sold for food in the Southeast Asian country of Laos.

A complex mix of issues, ranging from cultural preferences to nutritional needs, along with concerns about conservation and the possibility of disease transmission, combine to influence the sale of wild animals as bushmeat. To better understand these dynamics, a team of scientists from the Wildlife Conservation Society and other institutions set out to put some numbers to the risks and rewards of bushmeat consumption. They published their work April 22 in the journal Science of the Total Environment.

In 2016 and 2017, the researchers surveyed vendors and individual customers and observed how they interacted with the animals and bushmeat for sale at “semi-urban” markets across the country.

From their calculations, the team suggests that the amount of bushmeat sold in Laos is probably more than the wild populations from which the animals come can sustainably bear. The research showed that vendors sell more than 71 metric tons (78 tons) of bushmeat per year at the average Laotian market, worth about $500,000, although the authors point to the need for seasonal surveys to see if this pattern holds throughout the year.

From questionnaires administered to both seller and buyers, the team found that most consumers bought bushmeat not because they needed the protein, but because they preferred the taste of it to livestock or they saw it as a healthier choice. The demand from these urban markets, where bushmeat is a luxury rather than a necessity, might be depriving rural communities that depend on subsistence hunting for protein where fewer alternatives, like livestock, are available. 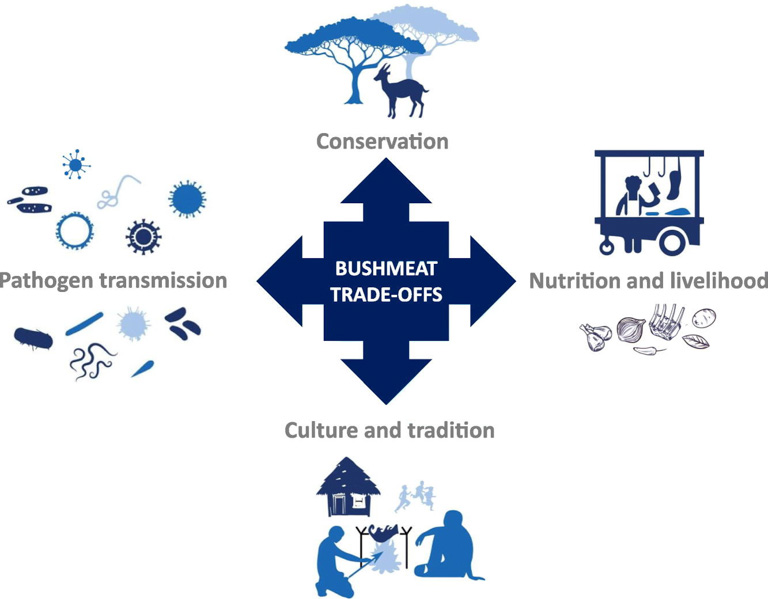 A schematic shows the various trade-offs involved in the bushmeat trade. Image courtesy of Pruvot et al., 2019 (CC BY 4.0).

“Here again, a good understanding of wildlife consumer demography, economic status, and motivations is essential to the design of effective policy with limited un-intended consequences on more vulnerable communities,” the authors write.

The study found that, in general, the threat of punishment for breaking Laos’s laws controlling the trade in wild animals appeared to do little to dissuade vendors. In fact, government workers were some of the most frequent consumers. When law enforcement did step in, around half of vendors would continue peddling bushmeat, and about half of those who did stop selling started up again within three days of a run-in with authorities. The researchers said they suspect that vendors see fines as part of the cost of doing business.

However, most of the consumers themselves said a fine would probably get them to stop buying bushmeat. And the risk of the disease appeared to have the potential to get some people to stop buying bushmeat. The survey data suggested that would most likely be the case when buyers knew of a specific link between a disease and a species found in a bushmeat market — civets and their connection with the SARS virus, for example or the parasite risk associated with monitor lizard meat.

These findings suggest the potential for public information campaigns to lower the demand for bushmeat, perhaps lowering the risk of disease transmission while also protecting populations of animals hunted for bushmeat and securing a critical source of food for subsistence hunters in the countryside.