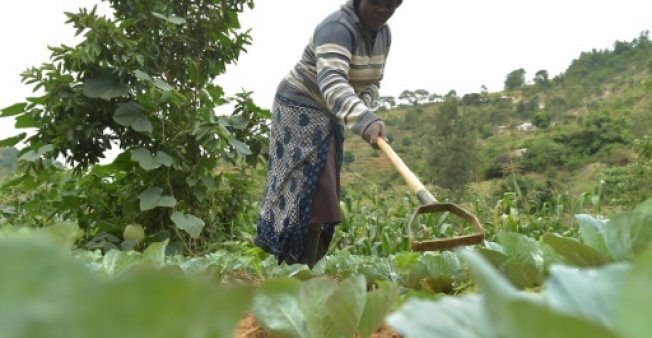 A sudden rise in hunger across the globe will require a new emphasis on developing rural economies, the United Nations said on Monday.

After steadily declining for a decade, 2016 saw an increase in hunger, with 815 million people, or 11 percent of the world’s population, chronically undernourished.

That represents an increase of 38 million on the previous year, the UN said, due in part to climate change aggravating severe weather and conflicts.

But a report by the UN Food and Agriculture Organization (FAO) said stimulating growth in rural areas could be key to fighting the trend and reaching the goal set by the international community of eliminating hunger and poverty by 2030.

“There could be no clearer wake-up call,” the FAO said in the annual State of Food and Agriculture report.

“With the majority of the world’s poor and hungry living in these areas, achieving the 2030 development agenda will hinge on unlocking that oft-neglected potential,” the report said.

The affected countries are mainly in Asia and sub-Saharan Africa, where small-scale farmers who produce 80 percent of the food supply are in danger of being “left behind”, the report said.

“Investments to improve their productivity are urgently needed,” the report said, emphasizing that farming needs to be connected with small- and medium-sized cities. – AFP