Putting an end to world hunger 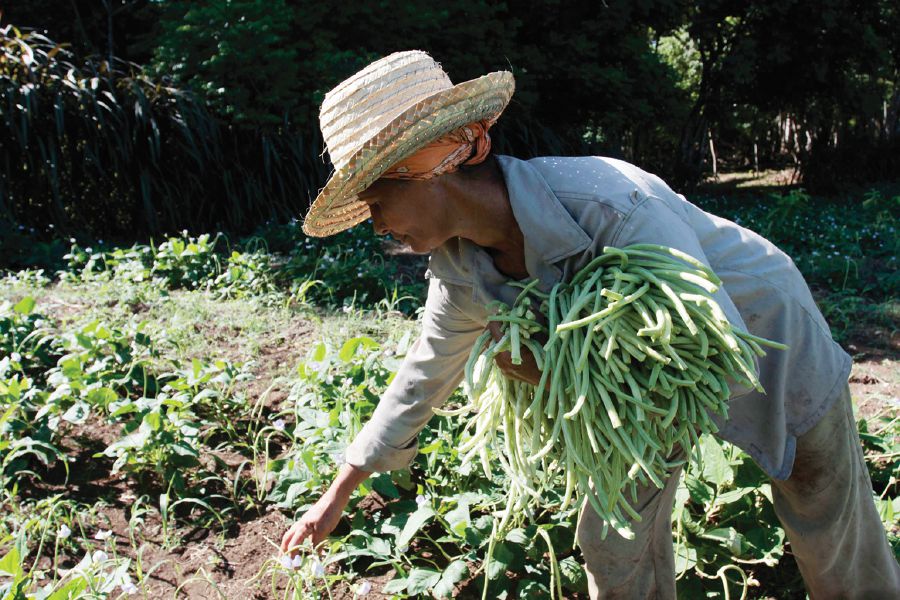 The weakness of poor farmers and the growth of low-nutrition crops have been, until now, some of the deterrents of efficient agriculture. Pic Courtesy of IPS

Significantly more investment is needed to lift hundreds of millions of rural poor out of poverty and make agriculture environmentally sustainable, according to Rob Vos, director of the markets, trade and institutions division at the International Food Policy Research Institute (IFPRI).

With a growing world population, hunger and under-nutrition are on the rise, and governments are looking for private alliances to alleviate these issues.

At the 2018 High-Level Political Forum on Sustainable Development at the United Nations headquarters in New York, recently, IFPRI organized a side event called “Investing for Reshaping Food Systems”.

Speakers included Claudia Sadoff, director general for the International Water Management Institute; Nichola Dyer, from the Global Agriculture and Food Security Programme at the World Bank; Gerda Verburg, coordinator at the Scaling Up Nutrition Movement; and Chantal-Line Carpentier, chief at the UN Conference on Trade and Development.

They all emphasized the urgency of investing in sustainable agriculture, defined by the Barilla Centre for Food and Nutrition as “the efficient production of safe, healthy, and high-quality agricultural products, in a way that is environmental, economically, and socially sustainable”.

While the world population will reach over eight billion people in 2025, the amount of cultivable land will remain the same. Decimated by pesticides, non-sustainable agricultural techniques, and water waste, healthy nutrients will become harder to access for the growing population. This issue, along with food waste (20 per cent of every food purchase is wasted), is a major concern for Verburg, who highlighted the need to rethink food systems and stop blaming agriculture.

“The majority of poor and hungry people are small-scale farmers. They are in fact members of the private sector, albeit the weakest. And some corporate investments in agriculture can hurt them,” said John Coonrod, executive vice-president at the Hunger Project.

The weakness of poor farmers and the growth of low-nutrition crops have been, until now, some of the deterrents of efficient agriculture.

“The world has over-invested in low-nutrition staple crops, driving up the relative price of nutrition rich-foods. Empty calories are the food system of the poor. To overcome malnutrition, we need to increase the dietary diversity of the poor to include many more fruits and vegetables, which means increasing their local production and reducing their price to local consumers,” Coonrod explained.

How can private investment develop sustainable agriculture? Vos said that a first priority should be to provide incentives for investments beyond farms “in infrastructures like roads, electricity and cold transportation and agri-food processing”.

“This will help provide better and more stable market conditions for farmers, create lots of new jobs, and limit the risks of investing in agriculture itself,” he said.

He added the second priority is “to provide incentives for investing in sustainable practices and crop diversification, including towards fruits and vegetables”.

Brian Bogart, senior regional programme adviser for South Africa to the UN World Food Programme, said member states “have a responsibility to lead such efforts by developing effective partnerships with the private sector and fostering an enabling environment for investment”.

“With shrinking public investment in agriculture the question is how public-private partnerships can unlock opportunities for private investment to complement public resources and capacity to generate improved food security, particularly for the most vulnerable populations,” he added.

However, responsibility does not lie solely with the state, but also with civil society. Coonrod, from the Hunger Project, explained what his organization does in this regard: “We promote good nutrition through education, promoting better local farming methods, increasing local food processing and, in indigenous communities of Latin America, we’ve opposed junk food and helped communities reclaim their nutritious traditional foods.”

Finally, Vos highlighted the importance of research in reducing hunger.

“We undertake research to better understand the causes underlying the deficiencies in the present food systems and test out the effectiveness of interventions that aim to overcome these shortcomings. We know far too little about what is driving food system change, not just in agriculture, but in all stages of the food chain, from farm to fork.”