Dr Marie T. Ruel, the director of the poverty, health and nutrition division at IFPRI, talks to Malnutrition Deeply about how future nutrition efforts can make sure no one is left behind. 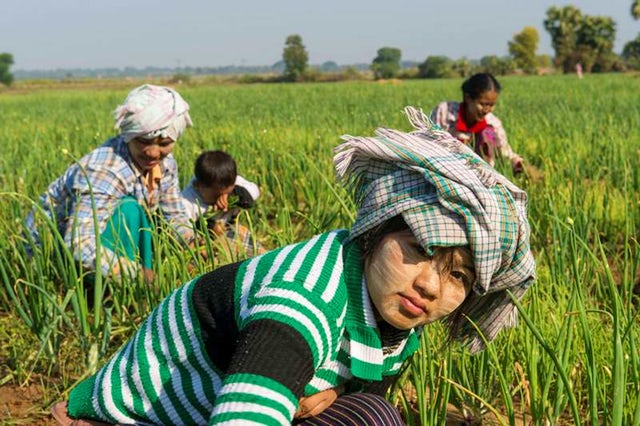 A teenage farm girl works in a field planted with onions along the road from Bagan to Mandalay in Myanmar.Wolfgang Kaehler/LightRocket via Getty Images

Ruel thinks these efforts need to be modeled along the 1,000 Days campaign, which prioritized the nutrition and care practices for mothers through pregnancy and the first two years of an infant’s life. Armed with the right advocacy and programming, the nutritional status of adolescent girls can be made a priority.

The success in saving newborns and infants from malnutrition in the 1,000 Days campaign has created new challenges, including how to continue to protect these young people as children and as they move into adolescence. One particular concern is the nutritional health of adolescent girls. Once they leave infancy, girls have little interaction with the health system.

“The next big thing that would help nutrition is focus on adolescents,” she says.

Tackling this issue and bridging the gap will require the nutrition community to rethink how it deploys its resources across sectors and toward which communities. IFPRI, a research organization that focuses on agriculture and nutrition in developing countries, can contribute to the solutions.

Ruel talked to Malnutrition Deeply about how this can be achieved, and IFPRI’s role in the way forward.

Malnutrition Deeply: What is the next step for the nutrition community after the 1,000 Days campaign?

Marie Ruel: 1,000 Days is successful, but now we’re leaving adolescent girls behind, which we just have to do something about. I think we need the same kind of effort we used to bring the first 1,000 Days to the forefront for adolescents and for adolescent girls in particular. We could expand the period of 1000 Days to adolescent girls (or to the pre-conception period), but this is not a definite clear-cut period because each girl or woman will enter her first pregnancy at a different time. But we do need to find ways to reach adolescent girls before they become pregnant so that we can prepare them for the large physiological and nutritional changes that occur during pregnancy and when they breastfeed. The younger they were, the more they benefited. And the longer they were exposed to the interventions when they were young, the more they were benefiting.

Bringing them in the 1,000 Days is hard because they don’t start having kids at 15 so there’s this lag. So, it’s hard programmatically to address them before they become pregnant. There’s a really good thing about the 1,000 Days that we have seen, it’s caught on. The next big thing that would help nutrition is focus on adolescents. 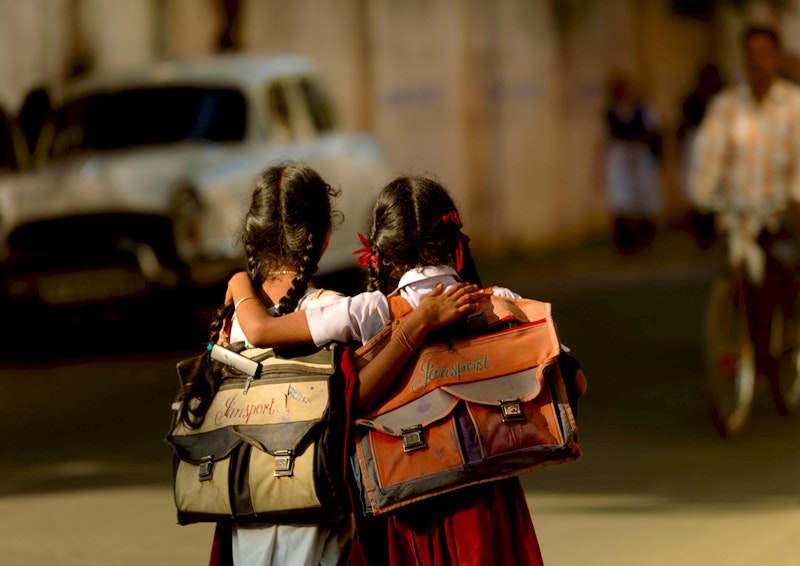 Malnutrition Deeply: Your research focuses on nutrition-sensitive agriculture. Is it difficult to get policymakers and investors on board with the idea?

Ruel: A lot of the discussion around nutrition-sensitive agriculture is focused just on the production side, and almost assuming that if you really change the food system in terms of producing and making available – not even accessible – nutritious food, people will just eat it and everything will be just fine.

I’m concerned that people have maybe their hopes very high that if you can get more nutritious food supplied through better value chains, then as I said, the problem will be resolved, and we don’t need to do anything else. That is not enough.

I think we’ve gone a long way in making agriculture people recognize the importance of thinking about nutrition more. Institutions have literally forced them to, and it’s been chaotic. At the World Bank, it’s a great success to think that they really are monitoring how their investments are nutrition-sensitive. But I’d like to know more about what they’re monitoring, and what they mean by “nutrition-sensitive.”

Malnutrition Deeply: What do you see as the role of value chains in making this possible?

Ruel: We’ve tried to promote adding nutritional value through value chains. That always comes with some education, demand creation, working not just on the supply side, but having some serious education so that people know the value of the food.

For example, in Senegal we did a project where we used a fortified yogurt as an incentive for dairy farmers in very remote areas to produce more milk. Basically, this was targeting women. Women are the ones who milk the cows, and when they get into the dry season, it gets more and more difficult to get milk out of those animals. So, they migrate.

This was a private company and what they were trying to say was, “If you work harder, you will get more milk, and then if you give us that minimum amount of milk, we’ll give you some fortified yogurt which is made with your milk.” Originally, they were making this yogurt from the milk produced by these farmers and they were selling it in the cities. But now they were using some of it to create an incentive, and it was given to the mothers with education about give that to your child, it’s good because it’s fortified with micronutrients, and it worked. It did increase the milk produced.

They distributed the yogurt, and then the kids had less anemia. So, this is an example of a value chain that was made nutrition-sensitive, but by having a whole education component, and by having a product that was tied into the young child, to improve the nutrition of the young child. So, all that was a lot of work for just that little value chain. You think of a much, much more complex value chain, and you can see what you run into, the millions of people along that value chain that have different interests. So, you lose the nutrition interest very quickly if you don’t educate them and respond to the demand as well.

Malnutrition Deeply: In your experience, what can convince governments to take up these interventions?

Ruel: In Bangladesh, we’ve seen that when officials see data from their country and the disaggregation also by region and by different elements, it works. What’s interesting there is how much they believe in randomized trials. We’ve been doing them for years. In other countries, you can never have a control group, or you can’t have different groups. In Bangladesh, they’re fine with it. It really is interesting. Our sustained presence there also makes a really big difference. But unfortunately, we just can’t afford to be present in so many countries.