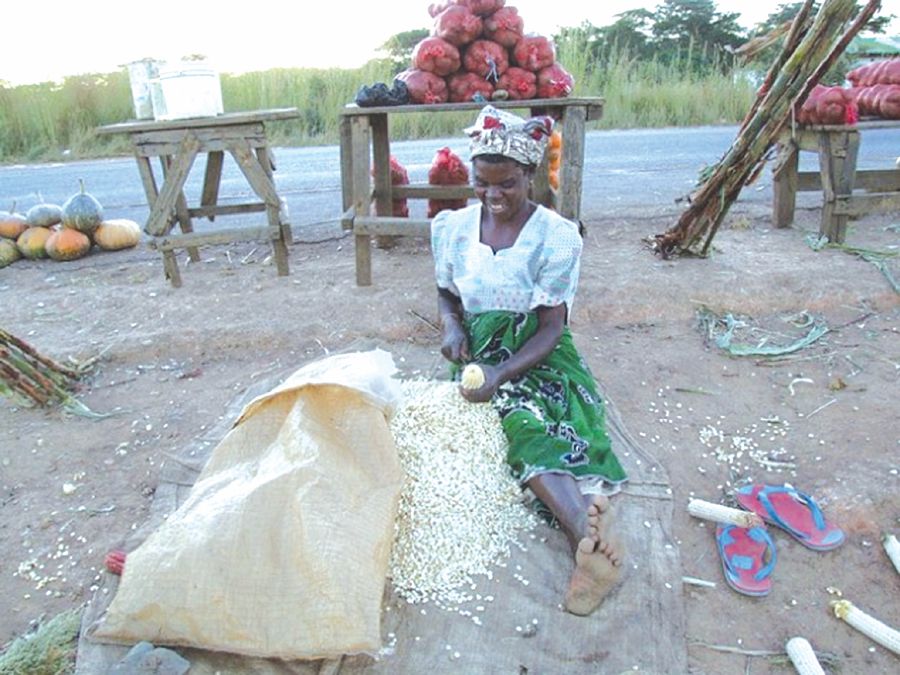 Africa has been transformed from a net food exporter into a net food importer, while realising only a small fraction of its vast agricultural potential.

Agriculture is critical for achieving the Sustainable Development Goals (SDGs). As the Food and Agriculture Organisation (FAO) notes, “From ending poverty and hunger to responding to climate change and sustaining our natural resources, food and agriculture lie at the heart of the 2030 Agenda.”

For many, the answer to poverty and hunger is to accelerate economic growth, presuming that a rising tide will lift all boats, no matter how fragile or leaky. Most believe that market liberalization, property rights, and perhaps some minimal government infrastructure provision is all that is needed.

The government’s role should be restricted to strengthening the rule of law and ensuring open trade and investment policies. In such a business-friendly environment, the private sector will thrive. Accordingly, pro-active government interventions or agricultural development policy would be a mistake, preventing markets from functioning properly, it is claimed.

The possibility of market failure is denied by this view. Social disruption, due to the dispossession of smallholders, or livelihoods being undermined in other ways, simply cannot happen.

This approach was imposed on Africa and Latin America in the 1980s and 1990s through structural adjustment programmes of the Bretton Woods institutions (BWIs), contributing to their “lost decades”. In Africa, the World Bank's influential Berg Report claimed that Africa's supposed comparative advantage lay in agriculture, and its potential would be best realized by leaving things to the market.

If only the state would stop ‘squeezing' agriculture through marketing boards and other price distortions, agricultural producers would achieve export-led growth spontaneously. Almost four decades later, Africa has been transformed from a net food exporter into a net food importer, while realizing only a small fraction of its vast agricultural potential.

Examining the causes of this dismal outcome, a FAO report concluded that “arguments in support of further liberalization have tended to be based on analytical studies which either fail to recognize or are unable to incorporate insights from the agricultural development literature”.

In the wake of Haiti's devastating earthquake in 2010, former US president Bill Clinton apologized for destroying its rice production by forcing the island republic to import subsidized American rice, exacerbating greater poverty and food insecurity in Haiti.

For nearly two centuries after independence in 1804, Haiti was self-sufficient in rice until the early 1980s. When president Jean-Claude Duvalier turned to the BWIs in the 1970s, US companies quickly pushed for agricultural trade liberalization, upending earlier food security concerns.

US companies’ influence increased after the 1986 coup d'état brought general Henri Namphy to power. When the elected ‘populist' Aristide government met with farmers’ associations and unions to find ways to save Haitian rice production, the International Monetary Fund opposed such policy interventions.

Thus, by the 1990s, the tariff on imported rice was cut by half. Food aid from the late 1980s to the early 1990s further drove food prices down, wreaking havoc on Haitian rice production, as more costly, unsubsidized domestic rice could not compete against cheaper US rice imports.

While developing countries have been urged to dismantle food security and agricultural support policies, the developed world increased subsidies for its own agriculture, including food production. For example, the European Union’s Common Agricultural Policy (CAP) supported its own farmers and food production for over half a century.

This has been crucial for ensuring food security and safety in Europe after the Second World War. For Phil Hogan, the EU’s Agriculture and Rural Development Commissioner, “The CAP is at the root of a vibrant agri-food sector, which provides for 44 million jobs in the EU. We should use this potential more”.

Despite less support in some OECD countries, farmers still receive prices about 10 percent above international market levels on average. An OECD policy brief observed, “the benefits from agriculture for developing countries could be increased substantially if many OECD member countries reformed their agricultural policies. Currently, agriculture is the area in which OECD countries are creating most trade distortions, by subsidizing production and exports and by imposing tariffs and nontariff barriers on trade”.

If rich countries can have agricultural policies, developing countries should also be allowed to adopt appropriate policies to support agriculture, to address not only hunger and malnutrition, but also other challenges including poverty, water, and energy use, climate change, as well as unsustainable production and consumption.

After all, tackling hunger is not only about boosting food production, but also about enhancing capabilities (including real incomes) so that people can always access sufficient food.

Hence, a “one size fits all” approach to agricultural development, requiring the same rules to apply to all, with no regard for different circumstances, would be grossly unfair. Worse, it would also worsen the food insecurity, poverty, and underdevelopment experienced by most African and other developing countries.